“In the tradition of André Breton’s “pure psychic automatism,” Danish artist Kristine Gade Hansen utilizes the technique of spontaneous juxtapositioning to create her poetic artwork. The result is a body of work that is, in a word, enigmatic. Exploiting various materials, Hansen combines fragments of color, shape, texture, and the written word to configure what she herself describes as, “graceful portraits of a concept or theme.” Her most recent collection demonstrates a preoccupation with, “the meeting”. While Hansen’s fascination with line and structure introduces some semblance of control to her work, her interest in the idea of interception reintroduces the elements of chance, spontaneity, and surprise. The meetings Hansen captures visually represent the prosaic encounters of the everyday. The success of Hansen’s iconography, and with it, her oeuvre, lies in her union of the banal with the prophetic. Through the introduction of stream of conscious meditations to her work, Hansen transforms the verbal and visual from the enigmatic to the spiritual. Initially Kafkaesque in existential content, the resultant outcome are pieces resonant with propitious affirmation. Hansen reflects this belief not only in her artwork but in her actions as well. “ 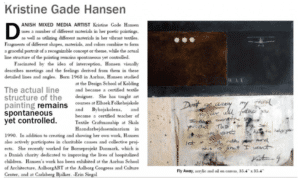 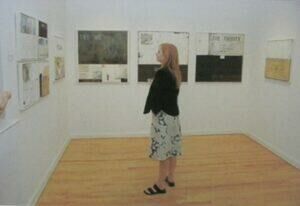 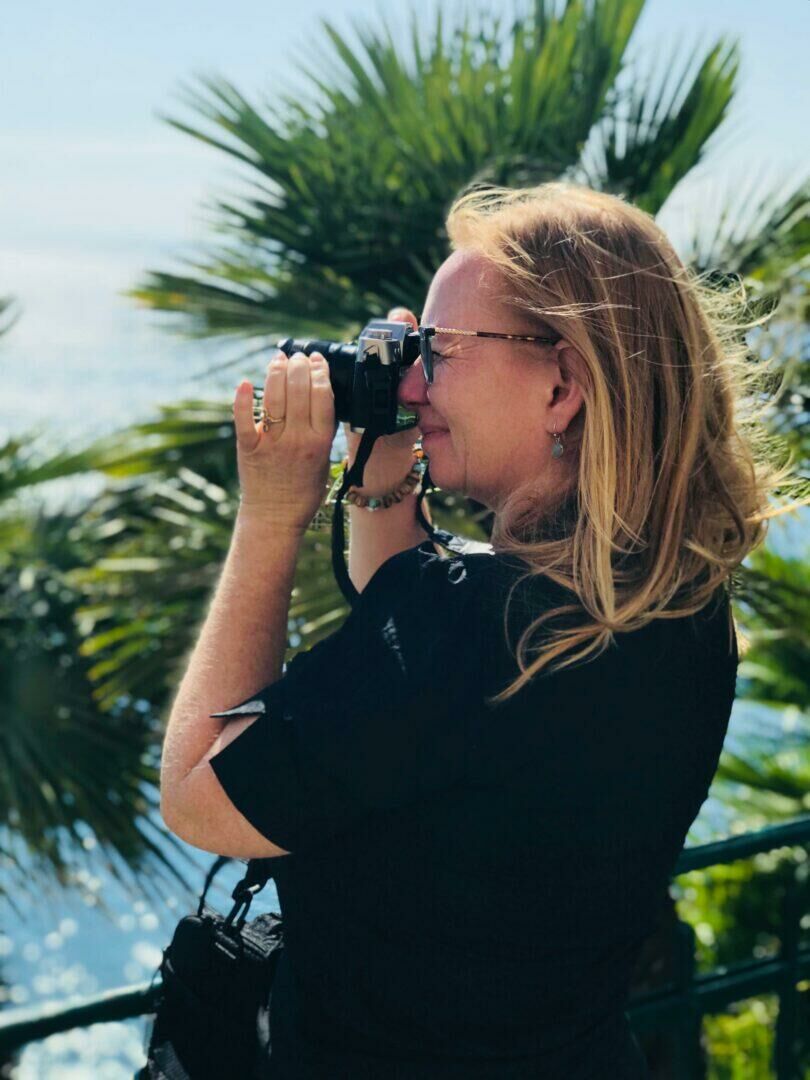